Página 58
For this reason , says Aristotle , ' tis best to write tragedy in that kind of verse
which is the least such , or which is nearest ... These numbers therefore are fittest
for a play ; the others for a paper of verses , or a poem ; blank verse being as
much ...
Página 61
cernments which are produced , rhyme is there as natural and more effectual
than blank verse . ' And now having laid down this as a foundation - to begin with
Crites , I must crave leave to tell him , that some of his arguments against rhyme ...
Página 62
But you foresaw when you said this , that it might be answered -neither does any
man speak in blank verse , or in measure without rhyme . Therefore you
concluded , that which is nearest Nature is still to be preferred . But you took no
notice ...

Born August 9, 1631 into a wealthy Puritan family, John Dryden received an excellent education at Westminster School and Cambridge University. After a brief period in government, he turned his attention almost entirely to writing. Dryden was one of the first English writers to make his living strictly by writing, but this meant he had to cater to popular taste. His long career was astonishingly varied, and he turned his exceptional talents to almost all literary forms. Dryden dominated the entire Restoration period as a poet, playwright, and all-round man of letters. He was the third poet laureate of England. In his old age Dryden was virtually a literary "dictator" in England, with an immense influence on eighteenth-century poetry. His verse form and his brilliant satires became models for other poets, but they could rarely equal his standard. Dryden was also a master of "occasional" poetry - verse written for a specific person or special occasion. Like most poets of his time, Dryden saw poetry as a way of expressing ideas rather than emotions, which makes his poetry seem cool and impersonal to some modern readers. Dryden also wrote numerous plays that helped him make him one of the leading figures in the Restoration theatre. Today, however he is admired more for his influence on other writers than for his own works. He died on April 30, 1700 in London. 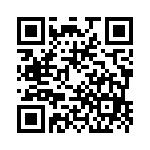