Stephen Jones is one of Britain s most acclaimed horror and dark fantasy writers and editors, with more than 135 books to his credit. He is a Hugo Award nominee and the winner of three World Fantasy Awards, three International Horror Guild Awards, four Bram Stoker Awards, twenty-one British Fantasy Awards and a Lifetime Achievement Award from the Horror Writers Association. You can visit his web site at www.stephenjoneseditor.com or follow him on Facebook at Stephen Jones-Editor. He lives in London, England. 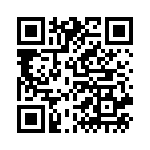