This is a great story. Especially for readers like me who can’t seem to get through one of his lingered works without taking ‘breaks”—reading other books in between. Michener’s Books are always well ... Leer comentario completo

Back in the day, I was a huge James Michener fan, and I thought I'd read all his books. Somehow or other, Journey slipped through the cracks, so I was eager to read it-- especially since it takes ... Leer comentario completo

James A. Michener, 1907 - 1997 James Albert Michener was born on February 3, 1907 in Doylestown, Pa. He earned an A.B. from Swarthmore College, an A.M. from Colorado State College of Education, and an M.A. from Harvard University. He taught for many years and was an editor for Macmillan Publishing Company. His first book, "Tales of the South Pacific," derived from Michener's service in the Pacific in World War II, won the 1947 Pulitzer Prize for Fiction and was the basis for the Rodgers and Hammerstein Broadway musical South Pacific, which won the 1950 Pulitzer Prize for Drama. Michener completed close to 40 novels. Some other epic works include "Hawaii," "Centennial," "Space," and "Caribbean." He also wrote a significant amount of nonfiction including his autobiography "The World Is My Home." Among his many other honors, James Michener received the Presidential Medal of Freedom in 1977. He was married to Patti Koon in 1935; they divorced in 1948. He married Vange Nord in 1948 (divorced 1955) and Mari Yoriko Sabusawa in 1955 (deceased 1994). He died in 1997 in Austin, Texas. 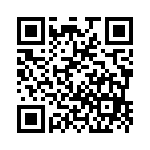