Pįgina
Shakespear ' s Works , when they escaped the Players , did not fall into much
better Hands when they came amongst Printers and Booksellers : who , to say
the Truth , had , at first , but small Encouragement for putting him into a better ...
Pįgina xxxiv
In Eight Volumes William Shakespeare William Warburton (Bp. of Gloucester).
Another Cause ( and no less strong than the former ) may be deduced from our
Author ' s being a Player , and forming himself first upon the judgments of that
body ...
Pįgina xxxvii
It is an acknowledged fact , that Ben Johnson was introduced upon the Stage ,
and his first works encouraged , by Shakespear . And after his death , that Author
writes To the memory of bis beloved Mr . William Shakespear , which shows as if
...
Pįgina xl
and to that of Otbello ; by which it appears , that the first was published without his
knowledge or confent , and even before it was acted , so late as seven or eight
years before he died : and that the latter was not printed ' till after his death .
Pįgina xlvii
In this kind of settlement he continu ' d for some time , ' till an extravagance that
he was guilty of forc ' d him both out of his country and that way of living which he
had taken up ; and tho ' it seem ' d at first to be a blemish upon his good manners
...
Siguiente »

Pįgina 41 - Hence, bashful cunning ! And prompt me, plain and holy innocence ! I am your wife, if you will marry me ; If not, I'll die your maid : to be your fellow You may deny me ; but I'll be your servant, Whether you will or no.
Aparece en 628 libros desde 1709-2008
Pįgina 344 - Stands at a guard with envy ; scarce confesses That his blood flows, or that his appetite Is more to bread than stone : hence shall we see, If power change purpose, what our seemers be.
Aparece en 373 libros desde 1733-2007
Mįs
Pįgina 86 - But earthlier happy is the rose distill'd Than that which, withering on the virgin thorn, Grows, lives, and dies in single blessedness.
Aparece en 540 libros desde 1600-2008
Pįgina 285 - If all the world and love were young And truth in every Shepherd's tongue, These pretty pleasures might me move, To live with thee, and be thy love. Time drives the flocks from field to fold, When Rivers rage, and Rocks grow cold, And Philomel becometh dumb, The rest complains of cares to come.
Aparece en 453 libros desde 1731-2007
Pįgina 360 - Why, all the souls that were, were forfeit once ; And He that might the vantage best have took, Found out the remedy : How would you be, If He, which is the top of judgment, should But judge you as you are ? O, think on that ; And mercy then will breathe within your lips, Like man new made.
Aparece en 511 libros desde 1709-2008
Pįgina 333 - Heaven doth with us as we with torches do, Not light them for themselves ; for if our virtues Did not go forth of us, 'twere all alike As if we had them not.
Aparece en 818 libros desde 1709-2008
Pįgina 284 - The shepherd swains shall dance and sing For thy delight each May morning: If these delights thy mind may move, Then live with me and be my love.
Aparece en 738 libros desde 1593-2008
Pįgina 33 - Were I in England now, as once I was, and had but this fish painted, not a holiday fool there but would give a piece of silver. There would this monster make a man. Any strange beast there makes a man. When they will not give a doit to relieve a lame beggar, they will lay out ten to see a dead Indian.
Aparece en 661 libros desde 1709-2008
Pįgina 11 - You taught me language; and my profit on't Is, I know how to curse : The red plague rid you, For learning me your language ! Pro.
Aparece en 838 libros desde 1733-2008
Pįgina 161 - If we shadows have offended. Think but this, and all is mended, That you have but slumber'd here, While these visions did appear. And this weak and idle theme, No more yielding but a dream, Gentles, do not reprehend: If you pardon, we will mend.
Aparece en 472 libros desde 1600-2008
Menos 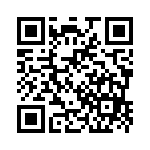