Overall, this was an informative read; not for its economic insightfulness but for how its supporters use Smith's theories. There are some basic economic truths and a lot of tedious detail but what is ... Leer comentario completo

One of the most influential books ever. I wish more neo-cons and ultra capitalist would read it. Smith espouses some government involvement in regulating business enterprises. No! Really! Why, that ... Leer comentario completo

George Stigler was an American economist whose staunch support of the price system and competitive market forces made him one of the leading proponents of the "Chicago school" of economics. He was educated at the University of Washington, Northwestern University, and the University of Chicago. He taught at several universities, including Columbia University and the University of Chicago. Stigler's early interest was in the history of economic thought. His Essays in the History of Economics (1964), covering topics from utility theory to Fabian socialism, is a modern classic renowned for its clear, uncluttered style. His other classic work, The Theory of Price (1946), is a microeconomic text dealing with consumer behavior, prices, costs and production, monopoly, cartels, and the distribution of income. Stigler was well known for his interest in government regulation of public utilities and its impact on the consumer. His numerous studies led him to conclude that the regulator often becomes an advocate of, and spokesperson for, the industry, a development that tends to dilute the effectiveness of regulation. Regulation, in the long run, tends to weaken competition to the point where "it is of regulation that the consumer must beware." Stigler was awarded the Nobel Prize for his work on government regulation and the structure of industry. 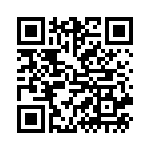