John Milton, English scholar and classical poet, is one of the major figures of Western literature. He was born in 1608 into a prosperous London family. By the age of 17, he was proficient in Latin, Greek, and Hebrew. Milton attended Cambridge University, earning a B.A. and an M.A. before secluding himself for five years to read, write and study on his own. It is believed that Milton read evertything that had been published in Latin, Greek, and English. He was considered one of the most educated men of his time. Milton also had a reputation as a radical. After his own wife left him early in their marriage, Milton published an unpopular treatise supporting divorce in the case of incompatibility. Milton was also a vocal supporter of Oliver Cromwell and worked for him. Milton's first work, Lycidas, an elegy on the death of a classmate, was published in 1632, and he had numerous works published in the ensuing years, including Pastoral and Areopagitica. His Christian epic poem, Paradise Lost, which traced humanity's fall from divine grace, appeared in 1667, assuring his place as one of the finest non-dramatic poet of the Renaissance Age. Milton went blind at the age of 43 from the incredible strain he placed on his eyes. Amazingly, Paradise Lost and his other major works, Paradise Regained and Samson Agonistes, were composed after the lost of his sight. These major works were painstakingly and slowly dictated to secretaries. John Milton died in 1674.

Alfred Lord Tennyson (1809a1892) published his first two volumes of poems in 1842, establishing him as the leading poet of his generation. He is buried in Westminster Abbey.
Christopher Ricks is Warren Professor of Humanities and codirector of the Editorial Institute at Boston University. He is the editor of six poetry collections, including "The Oxford Book of English Verse, 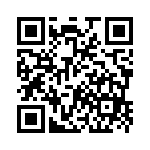