Celebrated novelist Norah Lofts perfected the art of bringing the past alive in her works of historical fiction. She remains one of England's most distinguished and best loved women of letters, selling more than a million books and captivating generations of readers. Lofts' first novel, "I Met a Gypsy", won the American Booksellers' Award for 1935. In her long and prolific career, she wrote more than 60 books of nonfiction, biography and historical fiction, animating history and yet preserving historical accuracy. In works such as "Scent of Cloves" (1940), "Bless This House" (1954), and "Crown of Aloes" (1979), period detail and language are blended with a masterful storytelling technique. Lofts is also well known for biographical novels about great and fascinating women of history such as Anne Boleyn and Catherine of Aragon. In addition, Lofts has written thrillers under the pseudonym Peter Curtis and novels as Juliet Astley. Norah (Robinson) Lofts was born in Norfolk, England on August 27, 1904. She credited her history-teaching years, 1925 to 1936, for developing a sense of history which became the foundation for her writings. Married and the mother of two sons, she lived in an ancient English city, among medieval ruins, in a 250-year-old house. She died there on September 10, 1983. 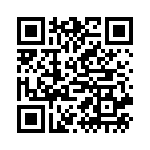