William Hogarth (1697-1764) was an English painter, printmaker, satirist, critic, editorial cartoonist, and architect. In his youth he took up an apprenticeship during which he specialized in engraving. Influenced by French and Italian painting and engraving, Hogarth's work ranged from realistic portraiture to comic strip-like series of pictures. He is best known for his series A Harlot's Progress; A Rake's Progress; and Marriage ŕ la Mode. These acerbically satirical and strongly moralizing works were mass-produced and widely disseminated as prints during his lifetime, which made him one of the most visible, popular, and significant artists of his generation. 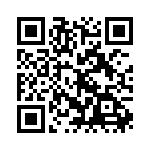