A reader's guide to Wallace Stevens

Wallace Stevens stands alongside Yeats, Frost, Elliot, Moore, and Williams as a major poetic voice of the 20th century. But his work often presents challenges, and his rich and sensuous language can ... Leer comentario completo

Eleanor Cook is Professor Emerita of English at the University of Toronto. Her books include Enigmas and Riddles in Literature, Against Coercion: Games Poets Play, and Poetry, Word-Play, and Word-War in Wallace Stevens (Princeton). 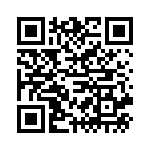