Sister Miriam Joseph (1898-1982) earned her doctorate from Columbia University. A member of the Sisters of the Holy Cross, Sister Miriam was professor of English at Saint Mary's College from 1931 to 1960. She was also the author of Shakespeare's Use of the Arts of Language and many articles on Shakespeare and on the trivium. 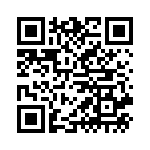