Noah Heringman is Associate Professor of English at the University of Missouri?Columbia. He is the editor of Romantic Science: The Literary Forms of Natural History. 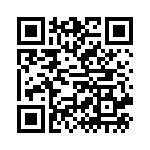