The readings are a little longer and more facts and information are included in the readings. I noticed that a couple of the nursery rhymes were repeated from the kindergarten book, and even a fairy ... Leer comentario completo

This series of books in general is very helpful to any homeschooling parent. I was able to take this book and expand it into an entire curriculum using their outline as a base and adding in their ... Leer comentario completo

Hirsch is a conservative critic best known for his repudiation of critical approaches to literature (chiefly poststructuralism and New Criticism) that assume that the author's intentions do not determine readings. He argues that any such methodology is guilty of "the organic fallacy," the belief that the text leads a life of its own. For Hirsch, the author's authority is the key to literary interpretation: The critic's job is to reproduce textual meaning by recovering the author's consciousness, which guarantees the validity of an interpretation. In his two most important books, Validity in Interpretation (1967) and its sequel, The Aims of Interpretation (1976), Hirsch warns against the "critical anarchy" that follows from the "cognitive atheism" of both relativism and subjectivism. For him, these result from a corollary of the organic fallacy, the thesis that meaning is ultimately indeterminate because it changes over time or with the differing interests and values of different readers. According to Hirsch, meaning does not change; only value or significance does, as readers relate a text's fixed meaning to their cultures. If there is more than one valid interpretation of a text, it is because literature may be reduced to more than one "intrinsic genre" or meaning type---the particular set of conventions governing ways of seeing and of making meaning at the time the author was writing. Many critics suggest that the intentions Hirsch recovers in intrinsic genres are really his own, rather than those of the author, because no one, including Hirsch, can escape his or her historically conditioned frame of reference when developing interpretations of literature. Hirsch's recent books, including Cultural Literacy (1987), are seen as proof of those flaws by those who are troubled by the history and values of the dominant culture that Hirsch insists is the only culture. Hirsch argues that "common knowledge" is being denied minority students and others by feminists and other "radicals" who have undermined the authority of its great texts.

Holdren has been a teacher of writing and literature at the University of Virginia and Harvard University, and is now Director of Research and Communications of the Core Knowledge Foundation. 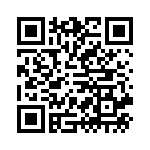