Donald P. Ryan, Ph.D., is an archaeologist and faculty fellow at Pacific Lutheran University. He is best known for his research in Egypt, most notably in the Valley of the Kings. Dr. Ryan's many discoveries include the finding of lost tombs and mummies. He is the author of The Complete Idiot's Guide® to Lost Civilizations, as well as many scientific and popular articles on archaeological subjects and has been featured in several television documentaries. Dr. Ryan lives in Tacoma, Washington. 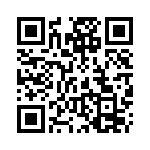