Página 54
10 Newton never revoked his early idea that all matter was generated by
fermentation and condensation from some common material . In the Principia he
suggested that vapors from the sun , stars , and comets might be condensed into
" water ...
Página 133
From his first encounter with the Icelandic volcano of Sneffels , Lidenbrock never
doubts the successful outcome of his contest with nature : “ The Professor never
took his eyes off it , gesticulating as if he were challenging it and saying , ' So that
...
Página 268
CHAPTER FIFTEEN THE SCIENTIST ' S SCIENCE OUT OF CONTROL What was
once thought can never be unthought . - Friedrich Dürrenmatt We , the physicists ,
find that we have never before been of such consequence and that we have ... 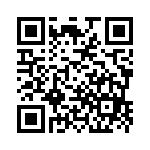