From The Scriblerian, Vol. XLI, No. 1 (August 2008):
"Teeming issues consuming all of us surround the slow, but sure systemic changes wrought in our time by the increasing meld of technology with the human organism. We are all at risk. The cyborg image is Ms. Muri's vehicle for this profound ontological review of who we imagine we are in the great scheme of things; she proceeds by enlisting the philosophies, sciences, medicines, humanities, and literatures of the best minds from the seventeenth century until now. ...The singular groundbreaking contribution of Ms. Muri's interdisciplinary study is to integrate, for perhaps the first time, these major systemic changes with their ignored Enlightenment past and worrisome indeterminate future. ...Ms. Muri's brilliance is her encyclopedic ability to make a connection between early Enlightenment scientific theory and its social and political thought on the cyborg and late twentieth-century feminism, socialism, and conservatism that use the cyborg as a politicized trope. This rare and compelling tie-in between Enlightenment and postmodern worlds on cyborg art and scientific theory is an interdisciplinary triumph.
"...unless we opt for the profound level of integrated interdisciplinary knowledge displayed by Ms. Muri, the humanities will continue to be a scurrying lap dog obedient and affectionate to science and the popular culture."
Kenneth Craven

Allison Muri is an assistant professor in the Department of English at the University of Saskatchewan. 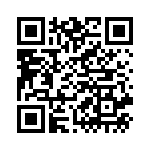