Página 3380
Sometimes a peasant girl comes riding by between her panniers , and you hear
the mule ' s feet beat upon the bricks of the pavement ; sometimes an old woman
goes past with a bundle of weeds upon her head , or a brigand - looking man ...
Página 3383
The blue , blue sky was over my head , and the waves were breaking below on
the shore . I walked through the little Chapel , and I saw the Madonna in blue and
red , and the Christ carrying his cross , and the Roman soldiers with the rod , and
...
Página 3384
Then Duty , with his still , white face , came again , and looked at her ; but she , -
she turned her head away from him . At last she saw his face , and she dropped
the fairest of the flowers she had held , and walked silently away . Then again he
... 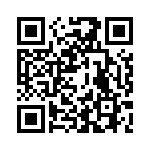