Daniel L. Moody is a Professor in the School of Languages and Humanities at Southwestern College in Chula Vista, California, where he teaches Grammar, Listening/Speaking, and Writing in the English as a Second Language program, as well as Basic Writing and Editing for both native English speakers and bilingual students.

He received a B.A. in French with a minor in Spanish from San Diego State University in 1984 and an M.A. in English as a Second Language from the University of Arizona in 1985. In the past ten years, he has coauthored several textbooks for developmental level college writing with Professor Anna Ingalls, including Expectations: A Reader for Developing Writers, now in its second edition.

David Rosen received his B.A. and M.A. degrees from the University of Oregon. He is currently developing a comprehensive English program for a private preparatory high school in California. Mr. Rosen is listed in the “Who’s Who Among America’s Teachers” and is cited by several honor students as being their most influential instructor. 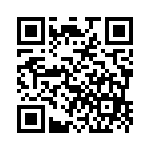