BARBARA M. YARNOLD is Assistant Professor in the Department of Public Administration at Florida International University. She is the editor of The Role of Religious Organizations in Social Movements (Praeger, 1991) and author of International Fugitives: A New Role for the International Court of Justice (Praeger, 1991), Refugees Without Refuge (1990), and numerous articles on public law. 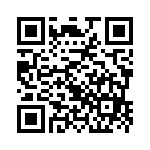