Página 3 - We must at present do our best to form a class who may be interpreters between us and the millions whom we govern ; a class of persons, Indian in blood and colour, but English in taste, in opinions, in morals, and in intellect.
Aparece en 732 libros desde 1387-2008

Srinivas Aravamudan is Associate Professor of English and Director of the John Hope Franklin Humanities Institute at Duke University. He is the author of Tropicopolitans: Colonialism and Agency, 1688-1804. 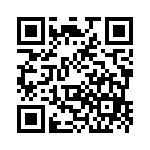