Página 4
No. The first missionary ship sailed long before there was any London Missionary
Society, when Great Britain was a dark, heathen island, full of the habitations of
cruelty. Twelve hundred years ago, a good man named Columba, came to Iona, ...
Página 122
And so he was fain to put to sea, and because the isle of Hii was near and offered
no obstructions of landing, there he and his twelve disembarked, and Iona
became sacred to Columba. For this Irish prince was St. Columba, one of
Scotland's ...
Página 123
123 church, till all the Highlands were covered with the missionary footprints of
Columba. Many perils they met with, for the Druids withstood the Christians.
Many times they sought their lives. But God's hand was over his own, keeping
them ... 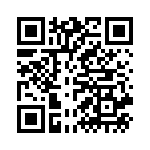