This appears a very sound book, but actually clouds the true name of God from the Hebrew as the author himself admits on page 11 where he claims "the more accurate name" is "Yehovah" (which differs greatly in pronunciation), which he merely and arbitrarily then drowns out by the plea of "custom"! Yet also, he admits the vowels are added, for the original is YHWH (as the New American Standard Bible originally showed in readers margins). So do we have a clarification of the "name of God" in this book, or a half-admitted distortion merely justified?
The answer is found in the Hebrew scripture of course for only the original language is the one "inspired of God", for translations do err. The letter J itself is of more recent English invention, for the older english bibles (see Geneva Bible for example) use Iesus for Jesus today, and "Iesus" in the name of the God-man, Christ, actually means in Hebrew "YHWH saves", as does Joshua (pronounced Yeshuah), the leader of Israel after Moses. So even the older English bibles, from Wycliff to Geneva, show that J-ehovah is "inaccurate", and even the name J-esus, for the letter is of modern invention (and questionable useage).
How would you like your name to be pronounced to the hearing of ears? Is it accurate to call John as Yawn instead? To the contrary, alternate spellings are not guilty of distortion so long as they retain, in different languages, the correct PRONUNCIATION of a proper name. For thus we accept Esiah for Isaiah in translation of the Bible, or Jon for John, but never Yawn or Juan for John.
So note now this mark of dishonesty in the original name, which the author admits is important, but then merely dismisses and puts a gloss on--contrary to the third commandment of God, "thou shalt not take the name of the LORD (YHWH) in vain"--i.e. lightly! Then ask yourself why was the name Jehovah then invented, when it is plainly proven to be "inaccurate" by this author, but still pushed as "customary". There must be a motive hidden in this, for no man that honestly researches and writes to unravel and reveal the truth could possibly and admittedly justify doing the opposite.
The King James version of 1611 contained this new invented name of God, and never before. It is also about the same time in history of English language that J was introduced (from no where) and substituted for I (as in Iesus versus Jesus) WHICH ALTERED the pronunciation and spelling of important names and words! Why the innovation in the English alphabet? Why an innovation that brings about mis- or new-pronunciations? The Pilgrims resisted King James as their Persecutor, and used the Geneva Bible exclusively instead of the imposed "Authorized version", favoring that of the Puritans and Reformers of the Genevan.
The true name of God is thus distorted, which is in fact the intent of some who would do so secretly, to confuse God's name for one of their own fashion. Interesting how the author has an "allegory" at the start about Egypt and the modernists attempt to distort the God of the Bible, and claim that Moses copied from Egypt in his god and government, yet he has confused the name of God under the very recent "tradition" (17th century) of Jehovah instead of YHWH--a very subtle way in which to justify the unjustifiable and make it so for common Christian useage!

Página 22 - You will not surely die. For God knows that when you eat of it your eyes will be opened, and you will be like God, knowing good and evil.
Aparece en 881 libros desde 1838-2008
Página 54 - Who is a God like unto thee, that pardoneth iniquity, and passeth by the transgression of the remnant of his heritage? he retaineth not his anger for ever, because he delighteth in mercy. He will turn again, he will have compassion upon us; he will subdue our iniquities ; and thou wilt cast all their sins into the depths of the sea.
Aparece en 671 libros desde 1181-2008
Más
Página 27 - And the fear of you, and the dread of you, shall be upon every beast of the earth, and upon every fowl of the air, upon all that moveth upon the earth, and upon all the fishes of the sea ; into your hand are they delivered.
Aparece en 848 libros desde 1788-2008
Página 22 - And they heard the voice of the Lord God walking in the garden in the cool of the day: and Adam and his wife hid themselves from the presence of the Lord God amongst the trees of the garden.
Aparece en 795 libros desde 1657-2008
Página 56 - BEHOLD, I will send my messenger, and he shall prepare the way before me : and the Lord, whom ye seek, shall suddenly come to his temple; even the messenger of the covenant, whom ye delight in; behold, he shall come, saith the Lord of hosts.
Aparece en 1205 libros desde 1806-2008
Página 55 - Awake, O sword, against my shepherd, and against the man that is my fellow, saith the Lord of hosts : smite the shepherd, and the sheep shall be scattered : and I will turn mine hand upon the little ones.
Aparece en 847 libros desde 1631-2008
Página 40 - And I have also established my covenant with them, to give them the land of Canaan, the land of their pilgrimage, wherein they were strangers.
Aparece en 496 libros desde 1715-2008
Página 52 - O the hope of Israel, the saviour thereof in time of trouble, why shouldest thou be as a stranger in the land, and as a way-faring man that turneth aside to tarry for a night...
Aparece en 251 libros desde 1805-2008
Página 36 - And God said unto Moses, I AM THAT I AM: and he said, Thus shalt thou say unto the children of Israel, I AM hath sent me unto you.
Aparece en 695 libros desde 1799-2008
Página 3 - Of every clean beast thou shalt take to thee by sevens, the male and his female: and of beasts that are not clean by two, the male and his female.
Aparece en 409 libros desde 1730-2008
Menos 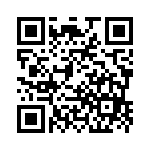