Página 3 - I am so pulled hither and thither by circumstances. The calm, the coolness, the silent grass-growing mood in which a man ought always to compose, — that, I fear, can seldom be mine.
Aparece en 135 libros desde 1870-2007
Página 3 - What's the use of elaborating what, in its very essence, is so short-lived as a modern book? Though I wrote the Gospels in this century, I should die in the gutter.— I talk all about myself, and this is selfishness and egotism.
Aparece en 122 libros desde 1884-2008

Hershel Parker, H. Fletcher Brown Professor Emeritus of American Romanticism at the University of Delaware, is Associate General Editor of The Writings of Herman Melvilleand author of the two-volume Herman Melville: A Biography. His other books include Flawed Texts and Verbal Icons and Reading "Billy Budd," and he is coeditor, with Brian Higgins, of Critical Essays on Herman Melville's "Moby-Dick." 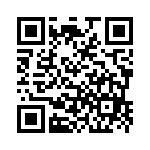