Página lxxxvi
Professor Dowden writes : “ Many editors , perhaps influenced by the fact that 1. 26 comes at the bottom of a page , perhaps by the fact that in England's Helicon 11. 27-56 do not appear , and failing , I suppose , to discover any ...
Página xci
Later , the Happy Land was described in the poem Carmen de Phćnice , attributed to Lactantius , and this again was paraphrased in Anglo - Saxon , perhaps by Cynewulf . The Latin and the paraphrase may be found in Thorpe's edition of the ...
Página 89
want others , having this wisdom ; but 569. gentry ] good birth , but perhaps to possess none , if this be absent . " implying nobility of character or man559. penetrable ) perhaps connoting ners , as in Hamlet , II . ii . 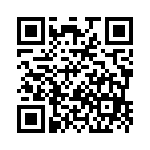