"Can you take too much joy in your Father's works? He is himself in everything." "Your enjoyment of the world is never right , till every morning you awake in Heaven; see yourself in your Father's Palace; and look upon the skies, the earth, and the air as celestial joys." Leer comentario completo

Página 152 - The corn was orient and immortal wheat, which never should be reaped, nor was ever sown. I thought it had stood from everlasting to everlasting. The dust and stones of the street were as precious as gold: the gates were at first the end of the world.
Aparece en 377 libros desde 1903-2008
Página 217 - Thou didst divide the sea by thy strength : thou brakest the heads of the dragons in the waters.
Aparece en 321 libros desde 1809-2008
Más
Página 127 - And they sing the song of Moses the servant of God, and the song of the Lamb, saying ; Great and marvellous are thy works, Lord God Almighty; just and true are thy ways, thou King of saints...
Aparece en 1414 libros desde 1661-2008
Página 127 - And I beheld, and I heard the voice of many angels round about the throne and the beasts and the elders: and the number of them was ten thousand times ten thousand, and thousands of thousands; Saying with a loud voice, Worthy is the Lamb that was slain to receive power, and riches, and wisdom, and strength, and honor, and glory, and blessing.
Aparece en 580 libros desde 1800-2008
Página 153 - And young men glittering and sparkling Angels, and maids strange seraphic pieces of life and beauty! Boys and girls tumbling in the street, and playing, were moving jewels. I knew not that they were born or should die; But all things abided eternally as they were in their proper places. Eternity was manifest in the Light of the Day, and something infinite behind everything appeared: which talked with my expectation and moved my desire.
Aparece en 199 libros desde 1904-2007
Página 217 - The day is thine, the night also is thine: thou hast prepared the light and the sun. Thou hast set all the borders of the earth: thou hast made summer and winter.
Aparece en 605 libros desde 1800-2007
Página 209 - Let all the earth fear the Lord : let all the inhabitants of the world stand in awe of him.
Aparece en 838 libros desde 1717-2008
Página 207 - The heavens declare the glory of God: And the firmament showeth His handiwork. Day unto day uttereth speech: And night unto night showeth knowledge. There is no speech nor language: Where their voice is not heard. Their line is gone out through all the earth: And their words to the end of the world.
Aparece en 1136 libros desde 1717-2008
Página 127 - And every creature which is in heaven, and on the earth, and under the earth, and such as are in the sea, and all that are in them, heard I saying, Blessing, and honour, and glory, and power, be unto him that sitteth upon the throne and unto the Lamb for ever and ever.
Aparece en 547 libros desde 1755-2008
Menos

Thomas Traherne was born in Hereford, England in 1637. He was educated at the University of Oxford and was ordained as an Anglican clergyman in 1660. Only one work, Roman Forgeries, was published before his death on September 27, 1674. The majority of his works including Christian Ethicks, Poetical Works, Centuries of Mediations, and Traherne's Poems of Felicity were published posthumously, as late as 1910. 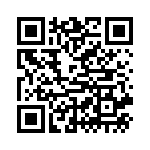