Página 301 - ... the woman is less perfect than the man in respect to the generative parts. For the parts were formed within her when she was still a foetus, but could not because of the defect in the heat emerge and project on the outside...
Aparece en 24 libros desde 1968-2008
Página 300 - Now just as mankind is the most perfect of all animals, so within mankind the man is more perfect than the woman, and the reason for his perfection is his excess of heat, for heat is Nature's primary instrument.
Aparece en 28 libros desde 1964-2008

Catherine Blackledge received her Ph.D. in chemistry from Birkbeck College, University of London. She is a science writer and lives in the UK. This is her first book. 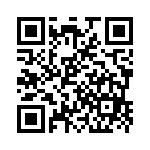