Ruskin was one of the most influential man of letters of the nineteenth century. An only child, Ruskin was born in Surrey. He attended Christ Church, Oxford, from 1839 to 1842. His ties to his parents, especially his mother, were very strong, and she stayed with him at Oxford until 1840, when, showing ominous signs of consumption, he left for a long tour of Switzerland and the Rhineland with both parents. His journeys to France, Germany, and, especially, Italy formed a great portion of his education. Not only did these trips give him firsthand exposure to the art and architecture that would be the focus of much of his long career; they also helped shape what he felt was his main interest, the study of nature. Around this time Ruskin met the landscape artist J. M. W. Turner, for whose work he had developed a deep admiration and whom he lauded in his Modern Painters (1843). In 1848 Ruskin married Euphemia (Effie) Gray, a distant cousin 10 years his junior. This relationship has been the focus of much scholarship, for six years later the marriage was annulled on the grounds of nonconsummation, and in 1855 Effie married John Everett Millais, the Pre-Raphaelite painter and an acquaintance of Ruskin. During the years 1849--52, Ruskin lived in Venice, where he pursued a course of architectural studies, publishing The Seven Lamps of Architecture (1849) and where he began The Stones of Venice (1851--53). It was also during this period that Ruskin's evangelicalism weakened, leading finally to his "unconversion" at Turin in 1858. His subsequent interest in political economy was clearly stated when, echoing his "hero," Carlyle, Ruskin remarked in the last volume of Modern Painters that greed is the deadly principle that guides English life. In a series of essays in Cornhill Magazine attacking the "pseudo-science" of political economists like J. S. Mill, David Ricardo, and Thomas Malthus, Ruskin argues that England should base its "political economy" on a paternalistic, Christian-based doctrine instead of on competition. The essays were not well received, and the series was canceled short of completion, but Ruskin published the collected essays in 1862 as Unto This Last. At the same time, he renewed his attacks on the political economists in Fraser's Magazine, later publishing these essays as Munera Pulveris (1872). From about 1862 until his death, Ruskin unsuccessfully fought depression. He was in love with Rose La Touche, whom he met when she was 11 and he 41. When she turned 18, Ruskin proposed, but the her parents opposed the marriage, and religious differences (she was devout; Ruskin was at this time a freethinker) kept them from ever marrying. La Touche died in 1875, insane, and three years later Ruskin experienced the first of seven attacks of madness that would plague him over the next 10 years. By 1869 Ruskin had accepted the first Slade Professorship of Fine Art at Oxford, begun his serial Fors Clavigera, been sued and found guilty of libel for his attack on Whistler in Fors Clavigera (he was fined a farthing), and resigned his professorship. Ruskin's work was instrumental in the formation of art history as a modern discipline. A capable artist, he complemented his technical understanding of art with insightful analysis and passionately held social ideals. His social writings are of interest today primarily as artifacts of the age, but his art criticism still holds an important place, especially in his appreciation of Turner. There is a vast number of works on Ruskin. From a literary standpoint, John Rosenberg's study, although dated because of many of its assumptions, is still an outstanding book. Jay Fellows's work is interesting and has caused much controversy among Ruskin scholars.

John Addington Symonds was born in Bristol on 5 October 1840. Symonds attended first a private tutor's in Clifton, then to Harrow, then to Balliol and later to Magdalen. In 1860 he took a first in " Mods," and won the Newdigate with a poem on The Escorial; in 1862 he was placed in the first class in Literae Humaniores, and in the following year was winner of the Chancellor's English Essay. In 1862 he had been elected to an open fellowship at Magdalen. The strain of study unfortunately proved too great for him, and, immediately after his election to a fellowship, his health broke down, and he was obliged to seek rest in Switzerland. Symonds was plagued by ill health, and he would die of tuberculosis at the age of 52. During his last term at Oxford, in 1863 his health collapsed altogether, partly due to stress caused by the spread of rumours that he was having a homosexual affair with one of the students. His academic career was at an end, and for three years he was unable to do any work. He thought he might study law, but in 1865 it was discovered that his left lung was diseased, and after a complete rest it was decided that he could never follow a profession, but would have to go to a warmer, climate and become a writer. He spent the rest of his years between Switzerland and Venice, Italy. For many years Symonds's energy was wasted by trying to suppress his homosexuality. Essentially he wished to make homosexuality acceptable, both to himself and to society by idealizing it in his works. It is for his studies in the history of art that Symonds has been most highly praised and remembered, as well as his Rennaissance work. John Addington Symonds died at Rome on April 8, 1893. 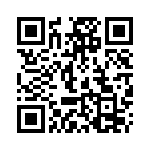