Pįgina 116
8 This argument rests upon the assumption that the value of a work of art is
entirely independent of opinion . Each work and each kind has an unchanging
intrinsic value , which would be the same “ were there neither judge , taste , nor
opinion ...
Pįgina 128
Opinion does not give rise to certainty but is " knowledge of things casuall , which
may be sometime false , sometime true , " 43 In a somewhat different form , the
distinction is preserved even in the antischolastic “ new ” logics of Dryden ' s ...
Pįgina 497
Dryden himself tells us , “ You see it is a dialogue sustained by persons of
several opinions , all of them left doubtful , to ... will add to his glory , if he
overcome , and to the opinion of his generosity if he be vanquished , since he
engages at so ... 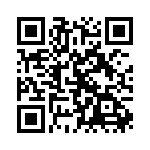