IGNACIO L. GÖTZ is Professor of Philosophy and Teaching Fellow at New College, Hofstra University, where he serves as Coordinator of the Programs in Humanities and Creative Studies. Among his earlier books are The Psychedelic Teacher, Creativity: Theoretical and Socio-Cosmic Reflections, and Conceptions of Happiness. 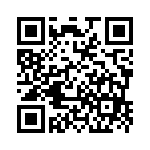