I chose this book to help me design an extraterrestrial species in a book I'm writing. It was not much help in that regard, but did have some interesting thoughts on the possibilities and makeup of extraterrestrial life. Leer comentario completo

JACK COHEN is an internationally known reproductive biologist and the coauthor, with Ian Stewart, of The Collapse of Chaos and Figments of Reality.

IAN STEWART is Professor of Mathematics at Warwick University in the United Kingdom. Among his sixty published books are The Magical Maze and Life?s Other Secret, both from Wiley. 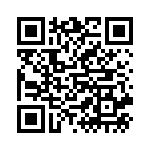