John-Roger was born Roger Delano Hinkins on September 24, 1934 in Rains, Utah. He received a B.A. in psychology from the University of Utah. He worked as a high school English teacher. After a near-death experience in 1963, he experienced a revelation that pointed him toward spiritual teaching. He was the founder of the Movement of Spiritual Inner Awareness church. In 1976, he started what is now known as the University of Santa Monica, an unaccredited school specializing in spiritual psychology, and the Peace Theological Seminary and College of Philosophy. In the 1980s, former members of the church denounced it as cult-like and authoritarian and accused John-Roger of a variety of misdeeds including betraying a vow of poverty, sexual misconduct, and threatening apostates with physical violence. He denied the accusations, but soon stepped down as spiritual director of the church. He was the author or co-author of several books including Spiritual Warrior: The Art of Spiritual Living, Living the Spiritual Principles of Health and Well-Being, and Forgiveness: The Key to the Kingdom. He died of pneumonia on October 22, 2014 at the age of 80. 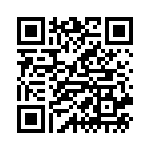