Página 276
But shortly afterwards, on the 19th of March, a British cabinet council
unanimously decided on Lord Fitzwilliam's recall from the vice-royalty. He had
gone too far in his compliance with the popular voice, they thought: he declared
himself that he ...
Página 371
He would march Inext to Gorey and Wexford. He entertained the wildest projects
of conquest and extermination, which came to their guilty climax in the horrors of
Scullabogue and Vinegar Hill, less than a month subsequently. The rebellion ...
Página 643
And now march, boys, march. You'll not go with us, I suppose, Master Heywood?”
“I would go with you, William Carter, much farther than to “The Squirrel,' if I could
do you any good,” said the preacher, sadly. “The best good you can do now is ... 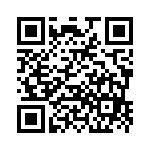