This is the most accessible of Sterne's works, written with wit and a direct simplicity that is lacking in the ponderous and preposterous Tristram Shandy, which was written partially to entertain, and partially to challenge the reader with strange time-shifts, digressions upon digressions, and a sequence where the book ends with a time before it has begun, without every giving the story it promised.
This scan is great because it contains some interesting additional material: At the end it has Sterne's first published work, "A Political Romance."
Most interesting, this scan contains the "continuation of Eugenius" books of the Sentimental Journey written by Sterne's publisher, based, purportedly, on stories Sterne related to the publisher. The "Sentimental Journey" was Sterne's last book, and Sterne died before he could complete it. In fact, it usually ends abruptly with the sentence, "I took hold of the fille de chambre's..."
This posthumous continuation definitely has the flavor of Sterne's writing, and large portions of it seem directly to have been authentic Sterne anecdotes. The duel story is rather cheap romance, but the rest of the continuation (which is generally not included in modern editions) has some wonderful stories, including a long episode about 18th century prophylactics, here called, "les gants d'amour," or as we would say, "the gloves of love." This section rather reminds one of some of Mark Twain's essays on things such as Onanism. Although ribald and absurd, this also displays forward-thinking attitudes and a lot of refreshing frankness that was to earn Sterne the self-righteous contempt of the Victorian writers.

Página 48 - I thought by the accent, it had been an apostrophe to his child; but 'twas to his ass, and to the very ass we had seen dead in the road, which had occasioned La Fleur's misadventure. The man seemed to lament it much; and it instantly brought into my mind Sancho's lamentation for his; but he did it with more true touches of nature. The mourner was sitting...
Aparece en 86 libros desde 1774-2007
Página 93 - I saw him pale and feverish ; in thirty years the western breeze had not once fanned his blood, — he had seen no sun, no moon, in all that time, nor had the voice of friend or kinsman breathed through his lattice; — his children — But here my heart began to bleed, and I was forced to go on with another part of the portrait.
Aparece en 205 libros desde 1773-2008
Más
Página 35 - Turin, in his return home; and a sad tale of sorrowful adventures he had to tell, "wherein he spoke of moving accidents by flood and field, and of the cannibals which each other eat: the Anthropophagi" he had been flay'd alive, and bedevil'd, and used worse than St. Bartholomew, at every stage he had come at I'll tell it, cried Smelfungus, to the world. You had better tell it, said I, to your physician.
Aparece en 94 libros desde 1768-2008
Página 145 - When we had got within half a league of Moulines, at a little opening in the road leading to a thicket, I discovered poor Maria sitting under a poplar she was sitting with her elbow in her lap, and her head leaning on one side within her hand a small brook ran at the foot of the tree.
Aparece en 94 libros desde 1774-2007
Página 5 - Now, was I a King of France, cried I what a moment for an orphan to have begg'd his father's portmanteau of me! The Monk — Calais I HAD scarce uttered the words, when a poor monk of the order of St. Francis came into the room to beg something for his convent.
Aparece en 76 libros desde 1768-2007
Página 148 - Maria, though not tall, was nevertheless of the first order of fine forms; affliction had touched her looks with something that was scarce earthly, — still she was feminine; and so much was there about her of all that the heart wishes, or the eye looks for in woman, that, could the traces be ever worn out of her brain, and those of...
Aparece en 87 libros desde 1774-2007
Página 6 - I fear, forbidding in my look: I have his figure this moment before my eyes, and think there was that in it which deserved better.
Aparece en 85 libros desde 1768-2007
Página 49 - It had pleased heaven, he said, to bless him with three sons, the finest lads in all Germany; but having in one week lost two of...
Aparece en 85 libros desde 1774-2007
Página 93 - I was going to begin with the millions of my fellow-creatures born to no inheritance but slavery; but finding, however affecting the picture was, that I could not bring it near...
Aparece en 127 libros desde 1773-2008
Página 147 - As she told me this, she took the handkerchief out of her pocket to let me see it ; she had folded it up neatly in a couple of vine leaves, tied round with a tendril.
Aparece en 46 libros desde 1774-2006
Menos 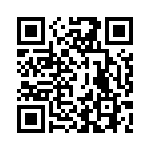