I picked up I Claudius and Claudius the God, because I remembered really liking the BBC Series, which we watched in Latin Class. I approached the first book with some caution, not sure if they would ... Leer comentario completo

At a certain point it became unreadable for me. I made it 1/5th of the book, and I thought the book should have been renamed, 'Livia is the Devil'. I just got tired of it. There wasn't a moment when ... Leer comentario completo 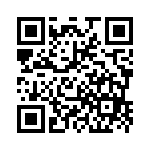