Dallaire was a Canadian peacekeeper sent by the UN as commander of the peacekeeping effort in Rwanda a few months before the genocide in 1994. It was very interesting (and extremely frustrating at ... Leer comentario completo

Review: Rising Up and Rising Down: Some Thoughts on Violence, Freedom and Urgent Means

This is amongst my favorite Vollmann, hands down. I seriously can't wait to get my hands on, by some hook, crook, or lottery ticket, the unabridged McSweeney's (sic?) edition. This was the quickest I ... Leer comentario completo

William T. Vollmann is the author of seven novels, three collections of stories, and a seven-volume critique of violence, Rising Up and Rising Down. He is also the author of Poor People, a worldwide examination of poverty through the eyes of the impoverished themselves; Riding Toward Everywhere, an examination of the train-hopping hobo lifestyle; and Imperial, a panoramic look at one of the poorest areas in America. He has won the PEN Center USA West Award for Fiction, a Shiva Naipaul Memorial Prize and a Whiting Writers' Award. His journalism and fiction have been published in The New Yorker, Esquire, Spin and Granta. Vollmann lives in Sacramento, California. 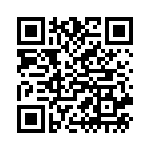