Minister Jerrod Smith is happily married, and he and his wife have two daughters.  Jerrod is an ordained minister of the gospel.  Jerrod graduated from the University of Minnesota where he received a B.A. in Mathematics.  He also holds a J.D. from William Mitchell College of Law, and a Masters of Divinity from the School of Theology Virginia Union.  Jerrod was a member of Alpha Phi Alpha Fraternity.  He was put out of the organization for hazing, and then was reinstated after a symbolic absence from the rolls.  After he was reinstated officially he continued to haze prospective members.  Jerrod now serves the Lord as the First Assistant to the Bishop, General Counsel, and an Armorbearor at Mt. Gilead Full Gospel International Ministries under the leadership of Bishop Daniel and Co-Pastor Elena Robertson.  Jerrod is also a son in the ministry of Rick and Pastor Rose Jarvis.

Brother Clifton Lucas is happily married and he and his wife have two sons.  Clifton worked in corrections, and while working in the prison system he ministered to individuals that needed personal relationships with the Lord.  Clifton was led to leave the penal system and to work in the private sector.  In the private sector he worked in a group home ministering to individuals and leading them to Christ Jesus.  Clifton has ministered in the area of preaching the gospel through the jail and prison ministry at Mt. Gilead Full Gospel International Ministries.  Clifton ministers in the area of an Armorbearor and security. Clifton graduated from Virginia State University with a bachelor’s degree in Criminal Justice.  Clifton was a member of Omega Psi Phi Fraternity, Incorporated. Clifton’s association with the fraternity changed his personality so much, and caused him to do ungodly things that he was led to renounce his membership. 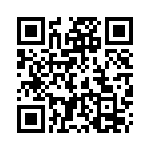