Pßgina 279
7 I have endeavoured to write English , as near as I could distinguish it from the
tongue of pedants and that of affected travellers . He more than once mentions
correcting his own works , when new editions made that possible , for example
the ...
Pßgina 513
( Works , LX , 240 ) Dryden has learned to use repetition and parallel structure
brilliantly : Shall that false Hebronite escape our curse , Judas , that keeps the
rebels ' pension purse ; Judas , that pays the treason - writer's fee , Judas , that
well ...
Pßgina 542
will endure . " 3 Some have argued , rather unconvincingly , that he was trying to
curry favour with the University authorities for his own advancement ; 4 but in any
event , he was an artist writing in an established theatrical mode , and mindful ... 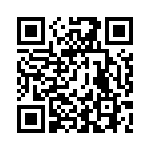