Lawrence F. Rhu is Associate Professor of English and Comparative Literature at the University of South Carolina. He is the author of The Genesis of Tasso's Narrative Theory: English Translations of the Early Poetics and a Comparative Study of Their Significance.

Stanley Cavell is Professor Emeritus of Philosophy at Harvard University. His recent publications include A Pitch of Philosophy: Autobiographical Exercises; Philosophical Passages: Wittgenstein, Emerson, Austin, and Derrida; Cities of Words: Pedagogical Letters on a Register of the Moral Life and Emerson's Transcendental Etudes. 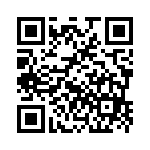