Anthony Trollope was born in London, England on April 24, 1815. In 1834, he became a junior clerk in the General Post Office, London. In 1841, he became a deputy postal surveyor in Banagher, Ireland. He was sent on many postal missions ending up as a surveyor general in the post office outside of London. His first novel, The Macdermots of Ballycloran, was published in 1847. His other works included Castle Richmond, The Last Chronicle of Barset, Lady Anna, The Two Heroines of Plumplington, and The Noble Jilt. He died after suffering from a paralytic stroke on December 6, 1882. 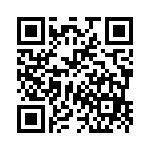