Página 9
In 1959 the number of American items on twentieth century English literature
exceeded the number on the nineteenth or any other century , and there were
more items on Joyce than on Milton . In 1960 the number of items on twentieth
century ...
Página 69
4 le A VARIETY OF INTERESTS AND APPROACHES The number of American
literary scholars and critics who ... Nevertheless , a substantial amount of work on
Old and Middle English literature has been done in America in recent years , and
...
Página 93
grammarian , lexicologist , expounder , critic , historian of literature , and , above
all , lover of humanity . ... Association in 1897 , “ The Province of English
Philology , " later printed in a volume of his essays , The Higher Study of English (
1906 ) . 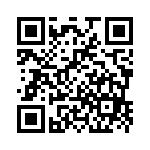