Sylvia Nasar is the author of the bestselling A Beautiful Mind, which won the National Book Critics Circle Award for biography. She is the John S. and James. L Knight Professor at the Columbia Graduate School of Journalism. 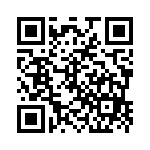