Pierre Force received his academic training in France, where he was a fellow of the École normale supérieure. He took his BA (1979), doctorate (1987), and habilitation (1994) at the Sorbonne. He first came to the United States in 1984 as a lecturer at Yale University, and he joined the Columbia faculty in 1987. His field of research is seventeenth and eighteenth-century intellectual history. He is the author of Le Problčme herméneutique chez Pascal (Paris: Vrin, 1989), Moličre ou Le Prix des choses (Paris: Nathan, 1994), and Self-Interest before Adam Smith (Cambridge University Press, 2003). 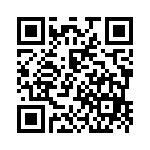