Página 180 - And glimmered all the dead men's mail. Blazed battlement and pinnet high, Blazed every rose-carved buttress fair — So still they blaze, when fate is nigh The lordly line of high St. Clair.
Aparece en 357 libros desde 1794-2008
Página 27 - I THANK the goodness and the grace Which on my birth have smiled, And made me, in these Christian days, A happy English child.
Aparece en 228 libros desde 1824-2008
Más
Página 199 - Philomel, with melody Sing in our sweet lullaby; Lulla, lulla, lullaby ; lulla, lulla, lullaby ; Never harm, nor spell nor charm, Come our lovely lady nigh; So, good night, with lullaby.
Aparece en 518 libros desde 1600-2007
Página 129 - CALL it not vain ˇ—they do not err, Who say, that when the Poet dies, Mute Nature mourns her worshipper, And celebrates his obsequies : Who say, tall cliff, and cavern lone, For the departed Bard make moan ; That mountains weep in crystal rill ; That flowers in tears of balm distil ; Through his loved groves that breezes sigh, And oaks, in deeper groan, reply; And rivers teach their rushing wave To murmur dirges round his grave.
Aparece en 227 libros desde 1803-2008
Página 44 - And every shepherd tells his tale Under the hawthorn in the dale. Straight mine eye hath caught new pleasures Whilst the landscape round it measures ; Russet lawns and fallows gray, Where the nibbling flocks do stray ; Mountains, on whose barren breast The labouring clouds do often rest ; Meadows trim with daisies <pied, Shallow brooks and rivers wide : Towers and battlements it sees Bosom'd high in tufted trees, Where perhaps some beauty lies, The cynosure of neighbouring eyes.
Aparece en 630 libros desde 1782-2008
Página 72 - The bridegroom may forget the bride Was made his wedded wife yestreen ; The monarch may forget the crown ' That on his head an hour has been ; The mother may forget the child That smiles sae sweetly on her knee ; But I'll remember thee, Glencairn, And a' that thou hast done for me ! " LINES, SENT TO SIR JOHN WHITEFORD, OF WHITEFORD, BART.
Aparece en 302 libros desde 1793-2007
Página 209 - The finch, the sparrow, and the lark, The plain-song cuckoo gray, Whose note full many a man doth mark, And dares not answer, nay...
Aparece en 493 libros desde 1600-2007
Página liv - The power of the master must be absolute, to render the submission of the slave perfect.
Aparece en 198 libros desde 1803-2008
Página 140 - And for evermore that lady wore A covering on her wrist. There is a nun in Dryburgh bower, Ne'er looks upon the sun ; There is a monk in Melrose tower, He speaketh word to none. That nun, who ne'er beholds the day, That monk, who speaks to none — That nun was Smaylho'me's Lady gay, That monk the bold Baron.
Aparece en 164 libros desde 1801-2007
Página liii - When the enemy shall come in like a flood, the Spirit of the LORD shall lift up a standard against him.
Aparece en 1041 libros desde 1765-2008
Menos

Harriet Beecher was born in Litchfield, Connecticut, one of nine children of the distinguished Congregational minister and stern Calvinist, Lyman Beecher. Of her six brothers, five became ministers, one of whom, Henry Ward Beecher, was considered the finest pulpit orator of his day. In 1832 Harriet Beecher went with her family to Cincinnati, Ohio. There she taught in her sister's school and began publishing sketches and stories. In 1836 she married the Reverend Calvin E. Stowe, one of her father's assistants at the Lane Theological Seminary and a strong antislavery advocate. They lived in Cincinnati for 18 years, and six of her children were born there. The Stowes moved to Brunswick, Maine, in 1850, when Calvin Stowe became a professor at Bowdoin College. Long active in abolition causes and knowledgeable about the atrocities of slavery both from her reading and her years in Cincinnati, with its close proximity to the South, Stowe was finally impelled to take action with the passage of the Fugitive Slave Act in 1850. By her own account, the idea of Uncle Tom's Cabin (1852) first came to her in a vision while she was sitting in church. Returning home, she sat down and wrote out the scene describing the death of Uncle Tom and was so inspired that she continued to write on scraps of grocer's brown paper after her own supply of writing paper gave out. She then wrote the book's earlier chapters. Serialized first in the National Era (1851--52), an important abolitionist journal with national circulation, Uncle Tom's Cabin was published in book form in March 1852. It was an immediate international bestseller; 10,000 copies were sold in less than a week, 300,000 within a year, and 3 million before the start of the Civil War. Family legend tells of President Abraham Lincoln (see Vol. 3) saying to Stowe when he met her in 1862: "So this is the little lady who made this big war?" Whether he did say it or not, we will never know, since Stowe left no written record of her interview with the president. But he would have been justified in saying it. Certainly, no other single book, apart from the Bible, has ever had any greater social impact on the United States, and for many years its enormous historical interest prevented many from seeing the book's genuine, if not always consistent, literary merit. The fame of the novel has also unfortunately overshadowed the fiction that Stowe wrote about her native New England: The Minister's Wooing (1859), Oldtown Folks (1869), Poganuc People (1878), and The Pearl of Orr's Island (1862), the novel that, according to Sarah Orne Jewett, began the local-color movement in New England. Here Stowe was writing about the world and its people closest and dearest to her, recording their customs, their legends, and their speech. As she said of one of these novels, "It is more to me than a story. It is my resume of the whole spirit and body of New England. 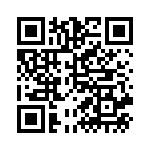