This book is Vol.1 of a 3 volume set compiled by John Fairburn, and originally published in 1825. Volumes 2 and 3 are not available (yet) on the Internet, but this volume appears to be complete in itself. The poems are in seemingly random order, so the topical index shows a full selection across all the categories advertised. Although the two-column format is a bit cramped, it allows for a great deal of text to be packed in the space available. Only 30 drawings for 450 pages, but what there are, are high-quality. The poems, likewise, are good quality, though Fairburn was trying more for completeness I think. Still, I'm sure he was often confronted with multiple versions, and seems to have done a good job of selecting the best variant. Many are apparently parts of dance-hall routines, and often the accompanying patter is included, with the result that this is not only a book of poems and songs, but also of stand-up comedy routines from the turn of the 19th century, an addition that justifies its subtitle of Museum of Mirth. The poems, while they have a hardy dose of humor, are also supplied with a hearty dose of romantic songs, and leavened with every other sort of popular song of the era.

Página 201 - Far flashed the red artillery. But redder yet that light shall glow On Linden's hills of stained snow, And bloodier yet the torrent flow Of Iser, rolling rapidly. 'Tis morn, but scarce yon level sun Can pierce the war-clouds, rolling dun, Where furious Frank, and fiery Hun, Shout in their sulph'rous canopy. The combat deepens. On, ye brave, Who rush to glory, or the grave ! Wave, Munich!
Aparece en 575 libros desde 1801-2008
Página 173 - Eagle screams, and passes by. 'Dear lost companions of my tuneful art, 'Dear, as the light that visits these sad eyes, 'Dear, as the ruddy drops that warm my heart, 'Ye died amidst your dying country's cries — 'No more I weep. They do not sleep. 'On yonder cliffs, a...
Aparece en 412 libros desde 1765-2007
Más
Página 249 - Under the Greenwood Tree Under the greenwood tree Who loves to lie with me, And turn his merry note Unto the sweet bird's throat, Come hither, come hither, come hither: Here shall he see No enemy But winter and rough weather. Who doth ambition shun And loves to live i...
Aparece en 1010 libros desde 1752-2008
Página 27 - Gie fools their silks, and knaves their wine — A man's a man for a' that. For a
Aparece en 634 libros desde 1800-2008
Página 52 - A weary lot is thine, fair maid, A weary lot is thine ! To pull the thorn thy brow to braid, And press the rue for wine! A lightsome eye, a soldier's mien, A feather of the blue, A doublet of the Lincoln green, — No more of me you knew, My love!
Aparece en 289 libros desde 1813-2008
Página 195 - When we two parted In silence and tears, Half broken-hearted To sever for years, Pale grew thy cheek and cold, Colder thy kiss; Truly that hour foretold Sorrow to this. The dew of the morning Sunk chill on my brow — It felt like the warning Of what I feel now. Thy vows are all broken, And light is thy fame: I hear thy name spoken, And share in its shame. They name thee before me, A knell to mine ear; A shudder comes o'er me — Why wert thou so dear? They know not I knew thee, Who knew thee too...
Aparece en 361 libros desde 1817-2008
Página 238 - Wha will be a traitor knave ? Wha can fill a coward's grave ? Wha sae base as be a slave? Let him turn and flee ! Wha for Scotland's king and law Freedom's sword will strongly draw, Freeman stand, or freeman fa...
Aparece en 808 libros desde 1800-2008
Página 148 - Thy gowns, thy shoes, thy beds of roses, Thy cap, thy kirtle, and thy posies Soon break, soon wither, soon forgotten, In folly ripe, in reason rotten.
Aparece en 531 libros desde 1747-2007
Página 387 - Her home is on the deep. With thunders from her native oak She quells the floods below, As they roar on the shore, When the stormy winds do blow; When the battle rages loud and long, And the stormy winds do blow.
Aparece en 617 libros desde 1806-2008
Página 134 - I'll not leave thee, thou lone one! To pine on the stem ; Since the lovely are sleeping, Go, sleep thou with them. Thus kindly I scatter Thy leaves o'er the bed, Where thy mates of the garden Lie scentless and dead.
Aparece en 342 libros desde 1814-2008
Menos 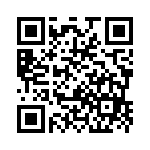