PŠgina 131 - Then I saw a new heaven and a new earth, for the first heaven and the first earth had passed away, and there was no longer any sea. I saw the Holy City, the new Jerusalem, coming down out of heaven from God, prepared as a bride beautifully dressed for her husband.
Aparece en 809 libros desde 1771-2008
PŠgina 136 - I will follow you wherever you go." And Jesus said to him, "Foxes have holes, and birds of the air have nests; but the Son of Man has nowhere to lay his head.
Aparece en 784 libros desde 1853-2008
MŠs
PŠgina 131 - I am writing these instructions to you so that, 15 if I am delayed, you may know how one ought to behave in the household of God, which is the church of the living God, the pillar and bulwark of the truth.
Aparece en 75 libros desde 1946-2008
PŠgina 54 - My prayer is not for them alone. I pray also for those who will believe in me through their message, that all of them may be one, Father, just as you are in me and I am in you. May they also be in us so that the world may believe that you have sent me.
Aparece en 511 libros desde 1847-2008
PŠgina 131 - In my Father's house there are many dwelling places. If it were not so, would I have told you that I go to prepare a place for you? And if I go and prepare a place for you, I will come again and will take you to myself, so that where I am, there you may be also.
Aparece en 253 libros desde 1870-2008
PŠgina 91 - A new commandment I give to you, that you love one another, even as I have loved you, that you also love one another. By this all men will know that you are My disciples, if you have love for one another.
Aparece en 778 libros desde 1823-2008
PŠgina 131 - And I heard a loud voice from the throne saying, "See, the home of God is among mortals. He will dwell with them as their God; they will be his peoples, and God himself will be with them; he will wipe every tear from their eyes. Death will be no more; mourning and crying and pain will be no more, for the first things have passed away.
Aparece en 172 libros desde 1991-2008
PŠgina 154 - ... passes into holy souls and makes them friends of God, and prophets; for God loves nothing so much as the man who lives with wisdom. For she is more beautiful than the sun, and excels every constellation of the stars. Compared with the light she is found to be superior, for it is succeeded by the night, but against wisdom evil does not prevail.
Aparece en 59 libros desde 1962-2007
Menos

Chiara Lubich (1920-2008) was born in Italy. An internationally renowned religious leader and writer. Chiara and her gospel-based spirituality have inspired millions. The Focolare Movement stands at the forefront of ecumenical and interfaith dialogue.

The New York Times called Chiara Lubich one of the most influential women in the Catholic Church.

She was awarded 15 honorary doctoral degrees, numerous civic awards, the Templeton Prize for Progress of Religion, and the UNESCO Peace Prize. She has published more than 50 books in 29 languages. 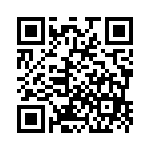