Got this in London at the Globe Theater. Fun to flip through and plink out tunes on the piano. Leer comentario completo

In this obvious labor of love, Duffin (music, Case Western Reserve Univ.) outlines the historical context for songs used or alluded to in Shakespeare's plays and provides an alphabetical rundown of ... Leer comentario completo

Ross W. Duffin, the Fynette H. Kulas Professor of Music at Case Western Reserve University, is the author of the award-winning Shakespeare's Songbook. He lives in Shaker Heights, Ohio. 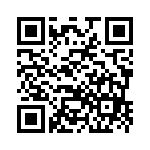