Página 7
Now , Charles has special business with Adam Brock - the said Adam having
many years since written his majesty a laconic epistle , informing him that he had
sent him a gallant soldier in the person of his only son ; and a certain sum of
money ...
Página 8
conversation turns on politics , not forgetting the ancient loan , which Charles
introduces in order to learn the sentiments of Adam regarding it . The farmer , with
true bluntness and jocularity , speaks his mind , in doing which , his majesty ...
Página 15
Adam Brock sings without , 1. 0. E. Merry , merry , merry ! Ever merry be ; Never
was there merry man , But honest , too , was he . Ulr . Ab ! here comes our kind
and eccentric friend and neighbour , Adam Brock . Enter ADAM BROCK , from his
... 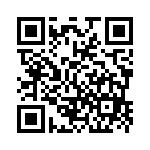