Kathleen A. Mahoney, formerly an assistant professor of education at Boston College, is president of the Humanitas Foundation in New York City. 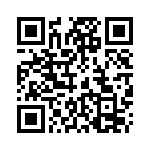