In his 1940 memorial lecture in Dublin, T. S. Eliot pronounced Yeats "one of those few whose history is the history of their own time, who are a part of the consciousness of an age which cannot be understood without them." Modern readers have increasingly agreed, and some now view Yeats even more than Eliot as the greatest modern poet in our language. Son of the painter John Butler Yeats, the poet divided his early years among Dublin, London, and the port of Sligo in western Ireland. Sligo furnished many of the familiar places in his poetry, among them the mountain Ben Bulben and the lake isle of Innisfree. Important influences on his early adulthood included his father, the writer and artist William Morris, the nationalist leader John O'Leary, and the occultist Madame Blavatsky. In 1889 he met the beautiful actress and Irish nationalist Maud Gonne; his long and frustrated love for her (she refused to marry him) would inspire some of his best work. Often and mistakenly viewed as merely a dreamy Celtic twilight, Yeats's work in the 1890s involved a complex attempt to unite his poetic, nationalist, and occult interests in line with his desire to "hammer [his] thoughts into unity." By the turn of the century, Yeats was immersed in the work with the Irish dramatic movement that would culminate in the founding of the Abbey Theatre in 1904 as a national theater for Ireland. Partly as a result of his theatrical experience, his poetry after 1900 began a complex "movement downwards upon life" fully evident in the Responsibilities volume of 1914. After that he published the extraordinary series of great volumes, all written after age 50, that continued until the end of his career. Widely read in various literary and philosophic traditions, Yeats owed his greatest debt to romantic poetry and once described himself, along with his coworkers John Synge and Lady Isabella Augusta Gregory, as a "last romantic." Yet he remained resolutely Irish as well and presented in his verse a persona bearing a subtle, idealized relationship to his everyday self. Political events such as the Easter Rising and the Irish civil war found their way into his poetry, as did personal ones such as marriage to the Englishwoman Georgiana "Georgie" Hyde-Lees in 1917, the birth of his children, and his sometime home in the Norman tower at Ballylee. So, too, did his increasing status as a public man, which included both the Nobel Prize in 1923 and a term as senator of the Irish Free State (1922--28). Yeats's disparate activities led to a lifelong quest for what he called "unity of being," which he pursued by "antinomies," or opposites. These included action and contemplation, life and art, fair and foul, and other famous pairs from his poetry. The most original poet of his age, he was also in ways the most traditional, and certainly the most substantial. His varied literary output included not only poems and plays but an array of prose forms such as essays, philosophy, fiction, reviews, speeches, and editions of folk and literary material. He also frequently revised his own poems, which exist in various published texts helpfully charted in the Variorum edition (1957). 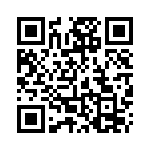