When we think about the modern biological sciences, one name invariably pops into mind: Charles Darwin. Keith Thomson’s book, “Before Darwin: Reconciling God and Nature,” looks at the approximately ... Leer comentario completo

Although I fear that I'll be unable to recall enough of the detail provided in this book, I am really glad to have read it, having received it as a gift this Christmas. Keith Thomson traces the ... Leer comentario completo 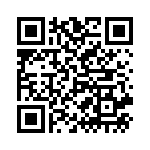