Pßgina 20
But if his experience is a vague and incomplete one , his mind , instead of
working vigorously to create for itself , will lazily turn away to remember what
some one else has said about the same kind of thing , and since one mind can
never ...
Pßgina 67
Pray , Mr Rat , will you go with me , Heigho , says Rowley , Kind Mrs Mousey for
to see ? ' With a rowley powley , gammon , and spinach , Heigho , says Anthony
Rowley ! When they came to the door of Mousey ' s hall , Heigho , says Rowley ...
Pßgina 250
They quickly spied out their old friend among the gipsies ; and he gave them an
account of the necessity which drove him to that kind of life , and told them that
the people he went with were not such impostors as they were taken for , but that
... 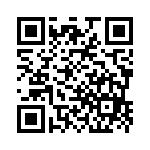